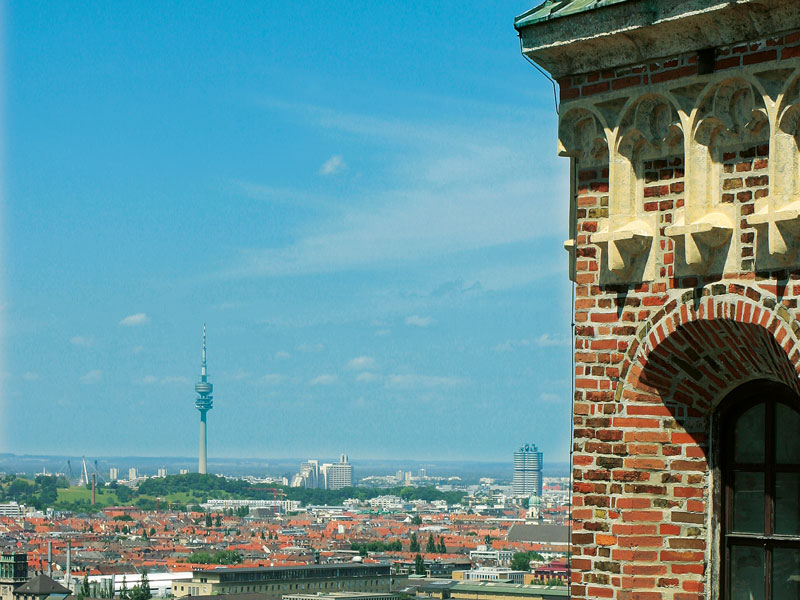 Altstadt Frauenkirche, © NEW IN THE CITY

Even visitors who spend just one day in Munich can see an impressive array of sights. The Hofbräuhaus beer hall, the Frauenkirche, the Rathaus, Isartor and Karlsplatz (which the locals call Stachus) are right in the center of the city within the historical circular road. This is where the first foundation stones of Munich were laid around 1000 AD. Today several thousand people stroll through the pedestrian zones every day. In fact the city center is a great place to combine both shopping and sightseeing. No matter what the weather, the area around the town hall is very busy.

The 92-meter high Frauenkirche, which is the symbol of the city, rises up to the heavens at Frauenplatz, high above the neighboring stores. Sooner or later every Munich newcomer must visit the Hofbräuhaus at the Platzl. You’ll have fun here even if the ubiquitous souvenir sellers and the somewhat artificial Bavarian atmosphere seem a little too commercial. Right behind the Viktualiemarkt, a famous permanent farmer’s market, the “Schrannenhalle” (granary hall) was re-opened about one year ago. 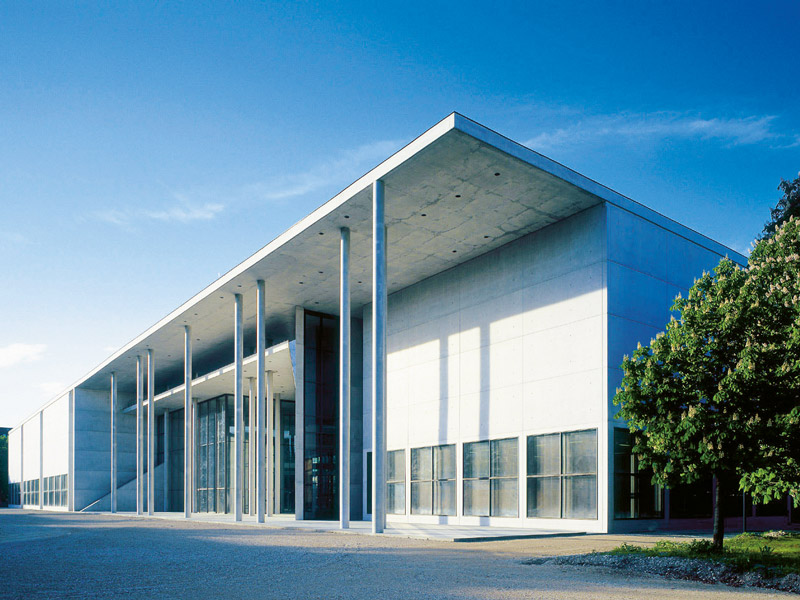 Maxvorstadt, which borders Schwabing, is the cultural, artistic and intellectual heart of Munich. Here newcomers can satisfy their appetite for art and culture many times over. You’ll see a stunning array of magnificent classical buildings towering over Odeonsplatz, Königsplatz and Ludwigstraße if you come to Maxvorstadt from the southern corner of the English Garden. It’s possible to admire countless works of art in the space of just a few hundred meters – take your pick from the collections at the three Pinakothek Museums (paintings), Glyptothek (sculptures), Lenbach Haus or antique collections. Also concentrated in Maxvorstadt are tax offices, law courts, banks, insurance firms, many large companies, the Bavarian Broadcasting Company and even two major breweries. 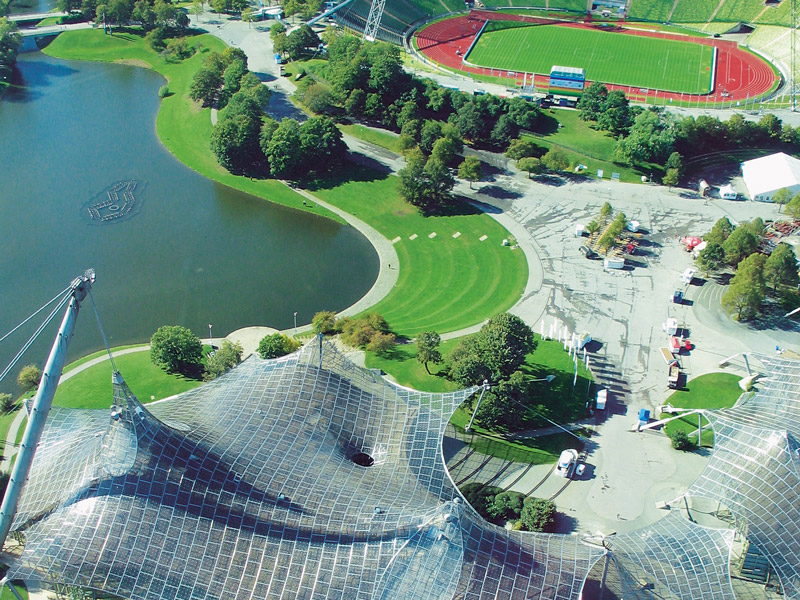 Olympiapark, © NEW IN THE CITY

More than 30 years have passed since the 1972 Olympic Games took place here and visitors from all over the world are still drawn to the Olympic Park in Milbertshofen. The 290-meter high Olympic Tower soars into the sky and a million visitors a year enjoy a breathtaking view of Munich from its viewing platform. The park also contains the Olympic Stadium, Olympic Hall, an ice sports center and a swimming pool. Major concerts, festivals and sports events take place here. The former cycling arena was remodeled and is now called “Event-Arena.” There is space for 3,800 people  on two levels and 9,000 square meters altogether now. Since April, the new Sealife Munich attracts additional visitors. Thus flocks of people not only come to this famous place for major concerts. And that’s exactly what the management wants: Once Munich’s two professional soccer clubs moved to the Allianz Arena, the Olympic Park concept was given new focus points.

Theresienwiese: A major attraction not only during the Oktoberfest 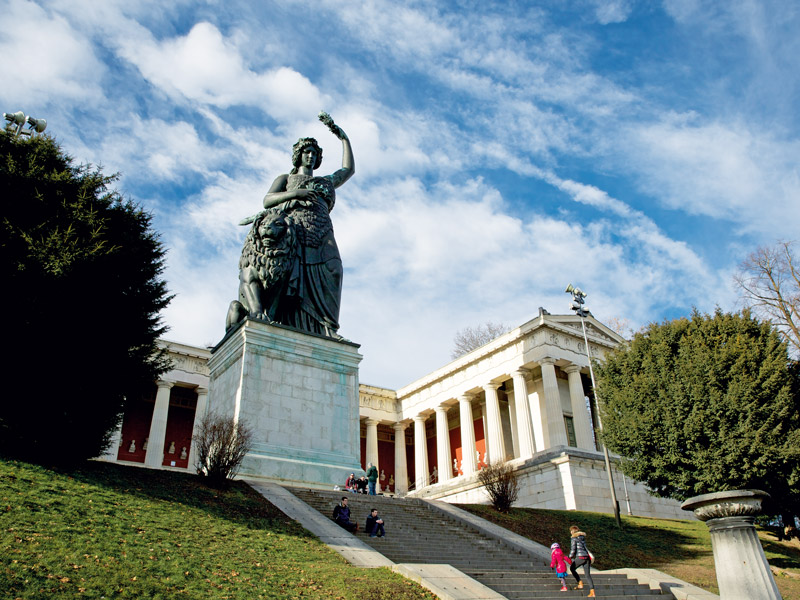 Theresienwiese, © NEW IN THE CITY

If you come to Munich by train, Ludwigsvorstadt is probably the first district you will set foot on. The central train station, “Hauptbahnhof” is located here, Munich’s most important junction of international, national and municipal railway traffc. Seven commuter trains, “S-Bahnen,” start from here, as well as four underground lines, “U-Bahnen” and numerous trams and buses leave in all directions from here. 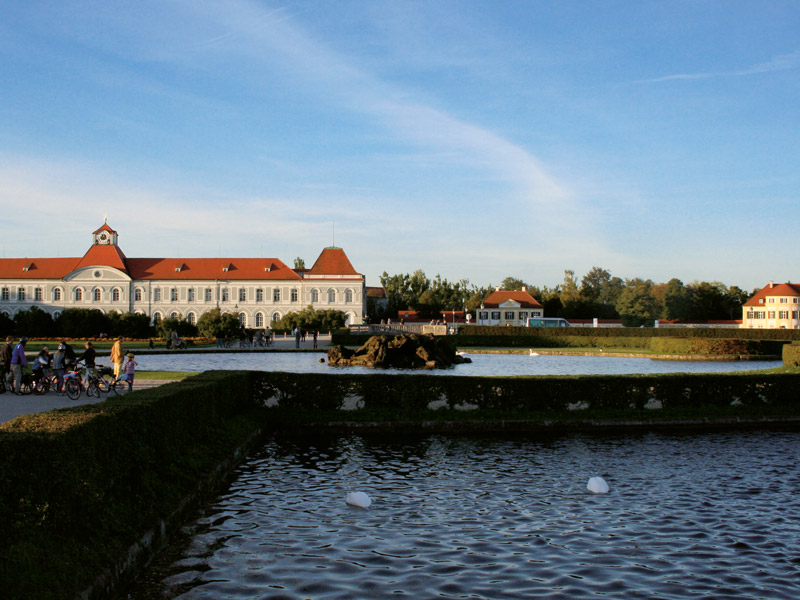 Nymphenburg, © NEW IN THE CITY

Nymphenburg bears the characteristics of a huge recreational area – with a royal flavor. The 300-year-old regal Nymphenburg Palace park, with its lakes and the adjoining botanical gardens, is still very attractive for a healthy “constitutional” walk – or, as we’d say today – a nice stroll. 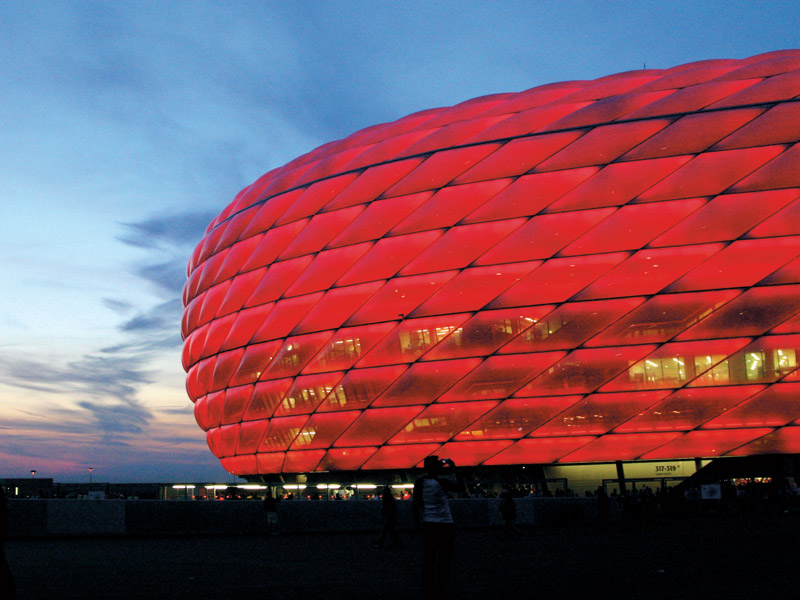 Allianz Arena, © NEW IN THE CITY

When the Allianz Arena in Fröttmaning was unveiled in May 2005, both Bayern Munich and TSV 1860 Munich have treated themselves to a giant new home. The clubs have spent around € 340 million on the new stadium. The architecture is truly state of the art. The arena is lit up in either red or blue, depending on who the home team is. Inside, 66,000 fans cheer their teams from fully covered seating areas. 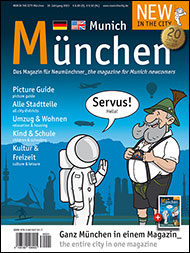 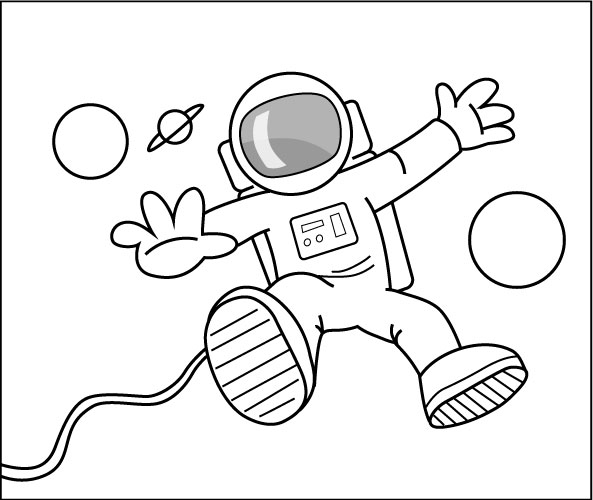